Dangers of alcohol abuse can kill your physical body and even your relationships. Blurred vision and impaired senses are some more of its physical dangers. If you abuse it, cirrhosis and cancer are the worst diseases that you can expect to happen to your liver.

It is a substance prone to abuse. Anybody who is of legal age (this varies depending on the country) can easily buy it in a convenience store. In the Philippines, the number of people who abuse it is increasing and even a minor can buy it from a store.

One of the known dangers of alcohol is it is a powerful brain depressant and its abuse has many short term and long term physical effects.

At low doses (or an equivalent of one 12 oz beer), what an alcoholic drink does is to produce initial positive physical effects.

When you drink, how does that glass of wine in your hand make you feel? I'm certain that you experienced the following physical changes:

1. Improvement of mood or euphoria

Effects of alcohol include feelings of physical relaxation, friendliness, cheerfulness, and increased self-confidence.

These feelings help you in a social setting such as a party. But when you abuse it, that glass of alcohol in your hand affects you physically.

A small dose of alcohol helps increase total sleep time and prevention of awakenings during the night. Insomniacs even experience improved sleep from moderate doses.

But here's where its danger lies: Based on facts, it is a psychoactive drug that brings about effects on your mood that you might find pleasant. The feeling of pleasantness may lead to abuse and eventually, to physical dependence.

Many people engage in heavy drinking in the hope of creating that feeling over and over again. The habit opens the door to abuse. What follows are the dangers of alcohol and both its short term and long term physical effects.

There are more dangerous consequences to drinking than the good physical effects. As you drink more, most of its short term effects become unpleasant. 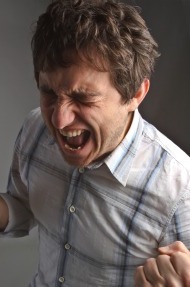 The negative physical side effects are . . .

You have a hard time focusing when you're drunk.

Inability to think straight is one of the effects of too much liquor in your system. It causes you to say the first thought that comes to mind which, most often than not, is inappropriate.

Its abuse leads to unstable physical movements such as stumbling and loss of balance.

Its abuse cause dangers to your brain cells particularly cells that are responsible for comprehension and memory.

Its abuse is marked by physical dangers such as dizziness and impaired speech and awareness.

Its abuse can result to uncertainty of where you are and what is happening around you.

Its abuse can lead to heightened emotions. It opens to dangers such as aggressiveness, withdrawal or overt affection.

Its abuse always result to nausea and vomiting especially if you drink on an empty stomach.

Its abuse can cause dangers like choking when you vomit while you’re unconscious.

The effects are definitely not only for a short period of time. As you continue to abuse it over a long period of time, you face a lot of dangers to your health that include . . .

Your cells are like sponges that quickly absorb alcohol. In fact, as soon as liquor enters the bloodstream, it spreads to nearly every tissue in your body.

Remember that any damage to your cell results to mutations. A mutation that can’t be repaired becomes a trigger point for cancer to start and the prevention of the disease becomes extra challenging.

An alcoholic drink is a proven risk factor for prostate cancer.

Related Article: What is Prostate Cancer

Its abuse may lead to coma. How? When you drink too much, this is what happens:

All of these may signal you're losing consciousness. If breathing becomes slower, there may not be enough oxygen going to your brain. Lack of oxygen can cause coma.

Liquor has toxic effects on your blood because it contains substances that aren't supposed to be with your blood.

I have seen news where a father murdered his own child because he was too drunk that he reported seeing a hideous monster instead of his child.

Production of ADH is inhibited. This is one of the dangers of alcohol you must avoid because this makes your kidneys unable to absorb as much water as they should. When this happens, the consequence is dehydration.

This is caused by apoptosis or cell death in the neurons.

This is one of the long term dangers or effects of an alcoholic drink. It is also a risk factor for other types such as breast cancer.

Death may occur when its concentration in the bloodstream reaches .40%. This is one of the dangers of alcohol. You may also die from alcohol-related cancers.

Top of Dangers of Alcohol