In second hand smoking, a non-smoker is exposed to harmful effects of sidestream smoke. Another term for it is passive smoking. One of the known facts about second hand smoke is it increases your risk for different cancer and several other health problems.

Why is second hand smoke harmful? It causes so much harm because of the chemicals it contains. Check out the following facts:

1. it has 3x more carbon monoxide,

Horrific, isn't it? Imagine inhaling all those chemicals. The extremely poisonous smoke will cause a lot of health problems for you. Cancer is the most serious and the deadliest!

What's worse is your risk isn't limited to the type that attacks your lungs. Constant exposure to second hand smoke is implicated in many types such as leukemia and breast cancer.

Being around someone who smokes a lot can cause varied cardiovascular illnesses such as stroke. Exposure to side stream smoke for as short as 30 minutes will result to reduced blood flow in your heart and oxygen supply in your brain. Oxygen and blood shortage may result to stroke.

If you live with a heavy smoker, you are more prone to increased risk for respiratory complications like sinusitis, pneumonia and bronchitis.

3. Having a Low-Birth Weight Baby 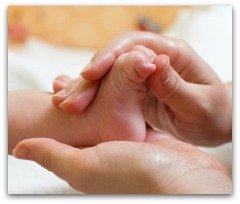 If you are pregnant and are exposed to ETS, you have a greater risk of giving birth to a low-birth weight baby.

Side stream smoke is particularly deadly to small children because their bodies are still young and developing. The many dangerous effects on children are:

1. Lung infections which are very common among children younger than 18 months who live with a smoker.

3. Increased severity of respiratory illnesses such as asthma.

Also, exposure to passive smoking is one of the leading causes of cancer in children when they become adults later on in life. This is because the DNA of their genes have already been damaged. They will carry the genetic mutations for the rest of their life.

Having the mutations since childhood makes them more vulnerable to develop cancer. Often, it comes as a surprise to a person who doesn't smoke and leads a generally healthy lifestyle when diagnosed with cancer. To understand why, trace the person's history: did he grow up in a house where somebody smoked a lot? More often that not, he did.

If you smoke yourself, you are exposed to its harmful effects. But they pale in comparison to ETS which is four times more poisonous and deadly. It has much higher concentration of cancer causing agents.

The US Environmental Protection Agency (EPA), the US National Toxicology Program, and the International Agency for Research on Cancer (IARC) has classified it as a known carcinogen.

Avoidance of ETS as much as possible is a good step on prevention. You may be a non-smoker but if you're constantly exposed to secondhand smoke, you also take in nicotine and the rest of the poisonous chemicals.

Good for you if you don't smoke because you will enjoy many health benefits. And if you do, please don't do it where your family is. Or better yet, quit this unhealthy habit.