Human aging is a universal phenomenon and process you can't avoid. It is one of the reasons why you or I develop tumors. 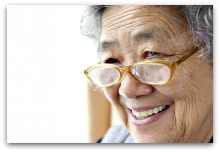 What causes aging? The build-up of physical and psychological changes in you over time leads to it. It happens in stages. Its definition simply means growing old.

These physical changes occur in the cells inside your human body and are manifested outside. The accumulation of these changes takes many years. Some of the noticeable physical signs of aging are:

There are also stages of aging inside your body that are not seen by your eyes. But they make you aware that there is aging indeed, by the symptoms and signs you can feel.

How aging leads to tumor development

Not every human who grows old gets cancer. However, as you age, your risk for having the disease increases.

According to most scientists, aging is caused by the interplay of many factors such as a somatic mutation in your genes and cellular retirement.

Surprisingly, your cells also retire and this time, no new cells will replace them.

Tumor develops in and attacks your cells. And because you are only human, you grow older and the following changes which are not visible happen:

What ages your cells

It is the damage you may have subjected your human body to over the years. Cellular damage may be caused by an unhealthy lifestyle which includes unhealthy eating habits, being obese (Yes, cancer and obesity have a connection!) and lack of physical activity.

The effects of these poor lifestyle habits add up as you grow old. Unhealthy habits such as smoking also age your cells faster. And since you got a human body, your risk for getting such a life-threatening disease also increases.

And the older you are, the more susceptible you become to cancer. In fact, it is more common and more frequent among people who are 65 and above.

But there are also people who have reached the age of 85 without developing cancer. There are even people who live 100 years or more cancer-free!

What prevents tumor among old people

Studies done on centenarians have shown the following factors contributed to their long life:

Considering the universality of the process of human aging, some questions on how it occurs in the cellular level remain unanswered.

Cancer Causing Chemicals | Dangers of Being Overweight | How Second Hand Smoking Kills Your Cells | Effects of Ultraviolet Rays | What to Avoid: Foods that Cause Tumor Growth | Viruses that Cause Tumor Development